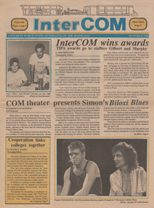 At times named InterCOM, Mainland Comet, Trailblazers or The Gander, COM students covered the news and events of the College of the Mainland from 1968-2004 as well as some news from the community. Under Astrid Lowery's* tenure as advisor, the InterCOM became a TIPA award winning student newspaper.

COM Library has digitized those student newspapers that were available. There are issues missing and some of the issues available were in better shape than others, but they all serve to document an important part of college history. Today the student newspapers are the best single source for the history of the college.

* A big thanks Astrid Lowery who had a complete collection of the InterCOM during her tenure as InterCOM advisor, which she kindly donated to the library.

Each file below contains all issues that were available for an academic year. In order to make them readable, the files were scanned at high quality and may be slow to load--they tend to load more quickly when using Chrome.They are searchable by using the CTRL F function in your adobe reader.

Select a cover to get started or access all the newspapers in one file (the single file is very large and will take a while to load). 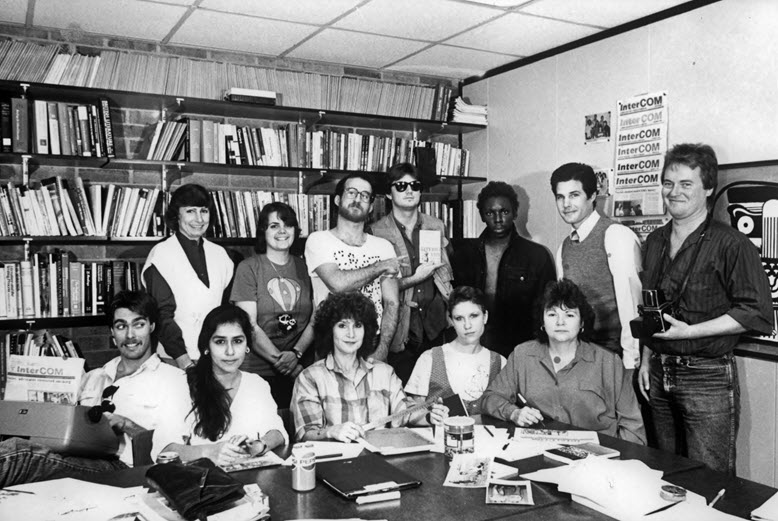 The College of the Mainland student newspaper was published over the years under a variety of names such as The Comet, The Gander, and most frequently the InterCOM. The newspaper seemed to change names at the whim of the advisor or student editors. When I was hired in 1986 to be the advisor as well as the instructor of the journalism classes which formed the basis for the newspaper, I suggested that the name should again be InterCOM since that was the name most frequently used over the years. This was a welcomed move.

The student newspaper, a print publication, was started in the early years of the college’s 50 year existence and continued on, though not on a yearly basis, until the beginning of 2004 when it was discontinued. I was privileged to be the InterCOM advisor from fall 1986 through the end of 2003, an unbroken 17-year tenure for the newspaper. 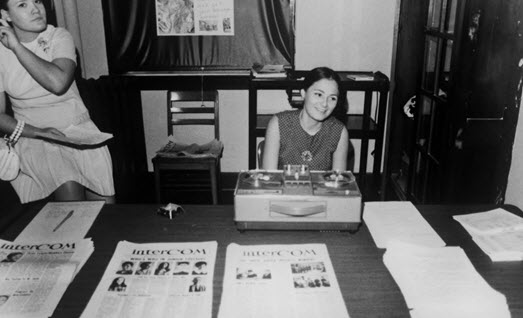 InterCOM had a following not just on the COM campus, but throughout the surrounding communities, where it was welcomed and read with delight. The student reporters covered a variety of subjects, some of great importance like the 25th and 30th anniversaries of the college or profiles of various COM professors, and some mundane, such as the fact that the pond, named Lake Eckert, was colored with green dye to make it more attractive, yet not harmful to the species that lived on the water and below, as well as the surrounding vegetation.

Most stories (newspaper lingo) were accompanied by pictures taken by student photographers. Each issue generally also featured a political cartoon, drawn by a variety of artist staff members. The InterCOM staffs, which changed from semester to semester to include one publication in the summers, were headed by both a student editor and a student assistant editor. 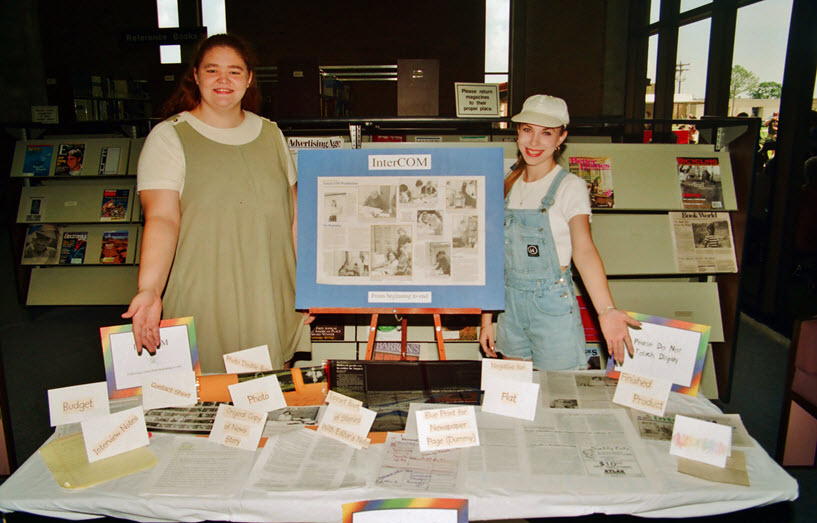 The editors worked hard to ensure that all important events were covered, such as reviews of COM plays, art gallery exhibits, Phi Theta Kappa initiations, and Student Government elections. Also included were announcements for upcoming events as well as the popular People Speak Out, which gave students, faculty, and staff the opportunity to voice their opinions on a current subject. Many issues also featured an editor’s or a student reporter’s views on a COM-related problem or the death of a celebrity such as Tupac Shakur. One interview even featured spokesduck, Quack Quacker’s, negative view of serving duck for Christmas dinner.

Each year as InterCOM advisor, I entered newspaper stories, editorials, photos, and cartoons in the prestigious Texas Intercollegiate Press Association’s contest, with the result that over a 17-year span, staff members earned approximately 47 first, second, third, and honorable mention prizes, thereby allowing InterCOM to advertise itself as an award winning newspaper.