It's true, you can access most COM Library resources at home! COM Library’s catalog, and the thousands of eBooks and articles in our databases can all be accessed off campus. Just login with your normal school account. 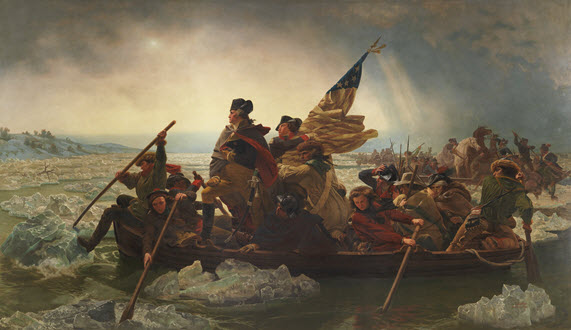 Native Americans arrived from Asia more than 10,000 years ago. Vikings, led by Leif Ericsson, probably reached North America c.1000 ad but did not settle. European exploration did not begin until the discovery of the New World by Christopher Columbus in 1492. In 1565, Spain built the first permanent European settlement at St Augustine, Florida. The French also formed settlements in Louisiana, but the first major colonists were the British, who founded Jamestown, Virginia, in 1607. In 1620 Puritans landed at Cape Cod, Massachusetts, and founded the Plymouth Colony. The economic success of Massachusetts encouraged further colonization along the E coast; the S colonies developed a plantation economy based on Slavery. In the 18th century, British mercantilism (especially the Navigation Acts) restricted commercial growth. The defeat of the French in the French and Indian Wars (1754-63) encouraged independence movements. Benjamin Franklin's failure to win concessions from the British led to the American Revolution (1775-83), which ended British rule in the Thirteen Colonies.

George Washington became the first president. The Articles of Confederation (1777) produced weak central government, and were superseded by the Constitution of the United States (1787). The Bank of the United States opened in 1791. US politics became divided between the Federalist Party and the Democratic Republican Party. Federalist President John Adams passed the Alien and Sedition Acts (1798) and the xyz Affair saw armed confrontation with France.

In 1801, the Democratic-Republican Thomas Jefferson became president. He negotiated the Louisiana Purchase (1803). James Madison led the USA into the War of 1812, which cemented the nation's independence and culminated in the Monroe Doctrine (1823) to protect the Western Hemisphere from European interference. The Missouri Compromise (1820) papered over the growing conflict between North and South over slavery. The Democratic-Republican Party became simply the Democratic Party. Andrew Jackson furthered the westward expansion of the frontier. In 1841 William Harrison became the first Whig president. Texas and Oregon Territory were acquired in 1845-6. The Mexican War (1846-48) confirmed US acquisitions. The 1848 discovery of gold in California led to a rush of settlers. Territorial expansion was achieved at the expense of Native Americans, who were forced onto reservations.

The addition of states to the Union intensified the conflict between free and slave states. The repeal of the Missouri Compromise led to the founding of the anti-slavery Republican Party (1854). In 1861, Abraham Lincoln became the first Republican president. The southern states seceded as the Confederate States of America. The American Civil War (1861-65) claimed more than 600,000 lives and devastated the country. Union victory resulted in the abolition of slavery. The Reconstruction of the South was unpopular, and corruption plagued the administration of Ulysses S. Grant. In 1867 the USA bought Alaska from Russia. The late 19th century was the era of the railroad, which sped industrialization and urban development. Millions of European immigrants flocked to the USA.

The Spanish-American War (1898) heralded the emergence of the USA as a major world power. Construction of the Panama Canal began in 1902. In 1917 Woodrow Wilson led the USA into World War 1. Economic boom and prohibition preceded the Great Depression of the 1930s. Franklin D. Roosevelt's New Deal attempted to restore prosperity. Japan's bombing of Pearl Harbor on December 7, 1941 brought the USA into World War 2. Rearmament fuelled economic recovery. Harry S. Truman became president on Roosevelt's death in 1945. The use of atomic bombs led to Japan's surrender. The USA was a founder member of NATO. Post-war tension with the Soviet Union led to the Cold War and spurred the space race.