How to Use HeritageQuest Online

HeritageQuest Online is designed for genealogy and family history research.

The 1940 U.S. Federal Census will be released to the public on April 2, 2012.  At this time ProQuest will gain access and begin the indexing and digitization process.

*Note that the 1930 Census is a partial index including only five states: Connecticut, Delaware, Maryland, Texas, and Virginia. 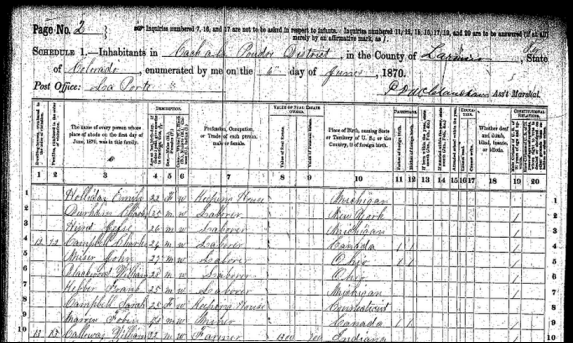 The Census Book: A Genealogists Guide to Federal Census facts, Schedules, and Indexes by William Dollarhide.  ProQuest has an exclusive digital copy of Dollarhide's 1999 revised edition which can be found as the "What you should know about the Census" link on the BROWSE page.  This link will dynamically update as you select from the Year drop-down menu on the Browse page.  To learn more, click here.

Once a Year and State have been selected in the Browse page, the maps visible via the "View State Map" link are PDFs of the maps found in William Thorndale's Map Guide to the U.S. Federal Census: 1790-1920.  They display changes in county and state boundaries over time and can great enhance the use of the U.S. Federal Census records.