Great for Criminal Justice 1306. This guide has books, eBooks, articles, media, and open access sources on Court Systems and Practices.

Overview of Court Systems and Practices 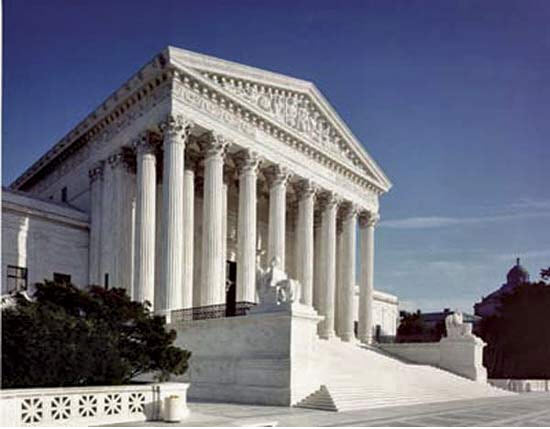 Official assembly with judicial authority to hear and determine disputes in particular cases. In early judicial tribunals, judges sat in enclosures (courts in an architectural sense), and lawyers and the general public remained outside a bar (hence the term bar in legal contexts).

Modern British courts are divided into those trying criminal cases and those trying civil cases; a second distinction is made between inferior courts, or courts of first instance, and superior courts, or courts of appeal. In the U.S. each state has its own system of courts, usually consisting of a superior (appellate) court, trial courts of general jurisdiction, and specialized courts (e.g., probate courts).

The U.S. also has a system of federal courts, established to adjudicate distinctively national questions and cases not appropriately tried in state courts. At the apex of the national system is the Supreme Court of the United States. The secondary level consists of the United States Courts of Appeals. United States District Courts form the tertiary level. Crimes committed by military figures may be tried in a court-martial. In the past, ecclesiastical courts had broad jurisdiction..