It's true, you can access many COM Library resources at home! COM Library’s catalog, and the thousands of eBooks and articles in our databases can all be accessed off campus. Just login with your COM account. Get more on Home Access. 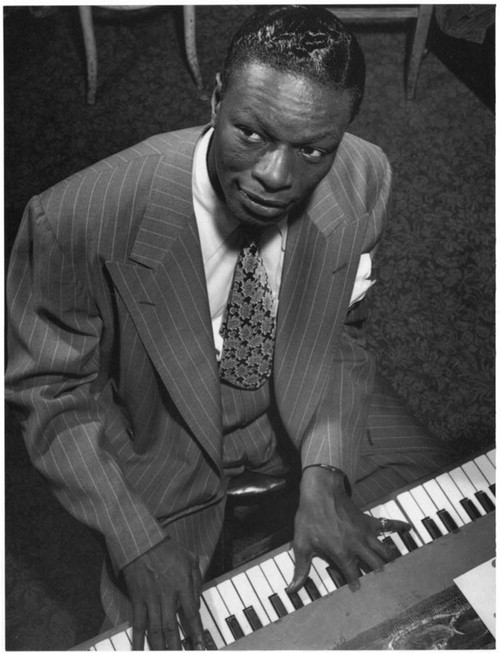 Born in Montgomery, Alabama, the son of a Baptist minister, he was brought up in Chicago and played the organ in his father's church before embarking on a career as a jazz pianist in the 1930s. His King Cole Trio (1939-51) made its first hit record, "Straighten Up and Fly Right", in 1943, and its continuing success was influential in the trend away from big band and toward the small jazz combo of piano, guitar and bass.

Remembered mainly as a vocalist, Cole's mellow, caressing voice and impeccable phrasing produced a series of hit ballads, including "Mona Lisa" (1950) and "Unforgettable" (1951). He began acting in films in 1943, and became the first black American to host his own television show in 1956, but was subject to racist harassment when he bought a house in the Beverly Hills area. His daughter, Natalie Maria Cole (1949- ), is also a singer. Her albums include Thankful (1977), Everlasting (1987), Good To Be Back (1989) and Unforgettable (1991).