Websites are a special concern for your instructors because some sites are published as jokes, propaganda, outright lies, and some are published by people who simply don't know what they're talking about.

Since most Websites are not screened before being published you will be responsible for evaluating the sites you use.

Check out these fake scientific and commercial sites, or these social, political, religious, tourism and more sites.

Click on the images to visit the sites. Most of them seem very credible, but they are all fake.

Sadly, Dog Island does not exist. 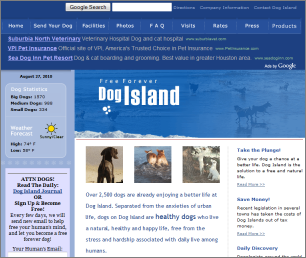 FYI: The Dihydrogen Monoxide is H20--water. 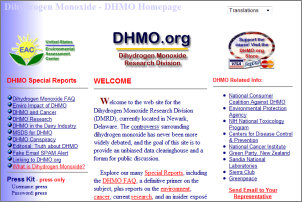 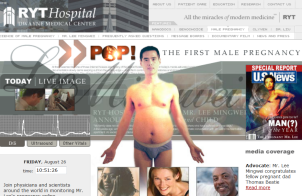 How to Spot Fake Sites

Fake sites, propaganda sites, sites that lie. With stuff like this going on how are college students supposed to know what is true and what isn't?

There are some key steps that can help you determine if your sources are fake or if they are appropriate for college level research.

If all or most of the information below is missing from the site then it makes your job of determining the accuracy and value much more difficult. What it does let know is that it is not appropriate for college level research.

1. Credentials
What does the author know about the subject? Do they have a job or degree related to the topic?
2. Objectivity
Does the author have an agenda? Are they associated with a special interest group?
3. Documentation
Where did the author get the information? Are sources cited? Can you find the sources cited to verify the information?
4. Conclusions
Do the conclusions that the site comes to about the topic line up with other sources on the topic? This is actually the most important piece since sites that are fake may also fake credentials, documentation, etc.

Who does not love Wikipedia? It's fast, it's easy, it's got everything. Sadly, though, it does not come up to college level research standards. It's a great example of some of the best and worst of the web.

In case you don't know, Wikipedia is an encyclopedia that anyone can edit. Some entries are written by experts with lots of detail; others are written by people who don't know very much about the subject, are deliberately misleading you, or are added as a prank. So while Wikipedia is not fake, some of the entires on Wikipedia are.

Theoretically, over time, the inaccurate stuff will go away. Eventually the goal is to publish it in print, and it may end up being the best encyclopedia ever written--time will tell.

Meanwhile there is still stuff in Wikipedia that is inaccurate. In fact, an entry had to be removed from Wikipedia that was false: John Siegenthaler Sr. was listed in Wikipedia as having been a suspect in the JFK assassination. This was not only untrue, but slanderous. Read the editorial Siegenthaler wrote in USA Today about it or this Wikipedia entry, Wikipedia Seigenthaler biography incident.

Stephen Colbert edited Wikipedia live on The Colbert Report until he was finally banned by Wikipedia. See Colbert speaks, America follows: All hail Wikiality!. In response Colbert created a mock site: Wikiality, The Truthiness Encyclopedia. Watch the video, below.

“For God sake, you’re in college; don’t cite the encyclopedia.”

In a Chronicle of Higher Education article, Wikipedia founder Jimmy Wales, states that he continuously gets emails from college students complaining that they have failed their papers because the information they found in Wikipedia was inaccurate.

Wales says that he has no sympathy, “For God sake, you’re in college; don’t cite the encyclopedia.”