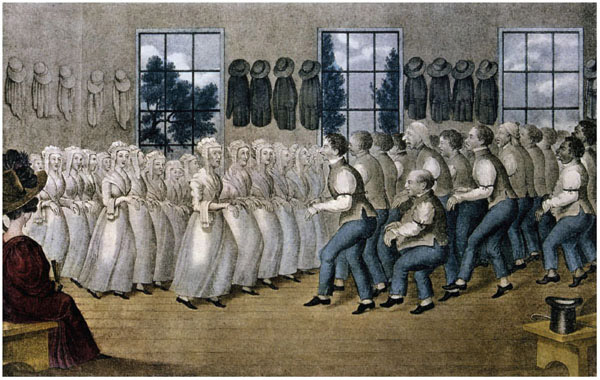 Utopian communities and communes are idealistic attempts to create perfect societies. During the seventeenth, eighteenth, and nineteenth centuries, numerous utopian experiments based on a wide range of social, economic, religious and philosophical ideas were started in Europe and the United States. The United States was especially attractive to utopian thinkers, owing to its tradition of religious tolerance and its general openness to new ideas and ventures. Although the hopes utopian thinkers held for their visionary projects sometimes proved unfounded, many utopian communities experienced a remarkable level of success and survived for many years. In their attempts to implement radical theories about how to organize society and economic activity, utopian communities and communes were important laboratories for the development of social and economic thought in the United States.

There are two basic types of utopian communities communes: sectarian and secular. The former are based upon a philosophy that is essentially religious and the latter are not. (Religious-based utopian groups are similar to cults, but in general cults are regarded as manipulative and sinister in their practices and recruitment efforts, whereas utopian groups are regarded as open and idealistic.) Sectarian and secular societies historically shared many characteristics. Typically consisting of no more than a few hundred persons, they had a charismatic leader, a method of acquiring and maintaining land, a means of governing gender relations (ranging from celibacy to “communal marriage”), and a way of making a living for their members. Their conception of how to order society and regulate economic activity was often radically different from the American mainstream, but their communal theories were often closely related to various strains of socialist and Communist thought in the United States and abroad.

Read the rest of the story on CREDO Utopian Communities and Communes (login with your COM account for off campus access).