Try these videos to get started.

Click on the image below to get started on the Global Warming eLearning Modules page from Science Online. Must be on campus or have a COM account to login.. 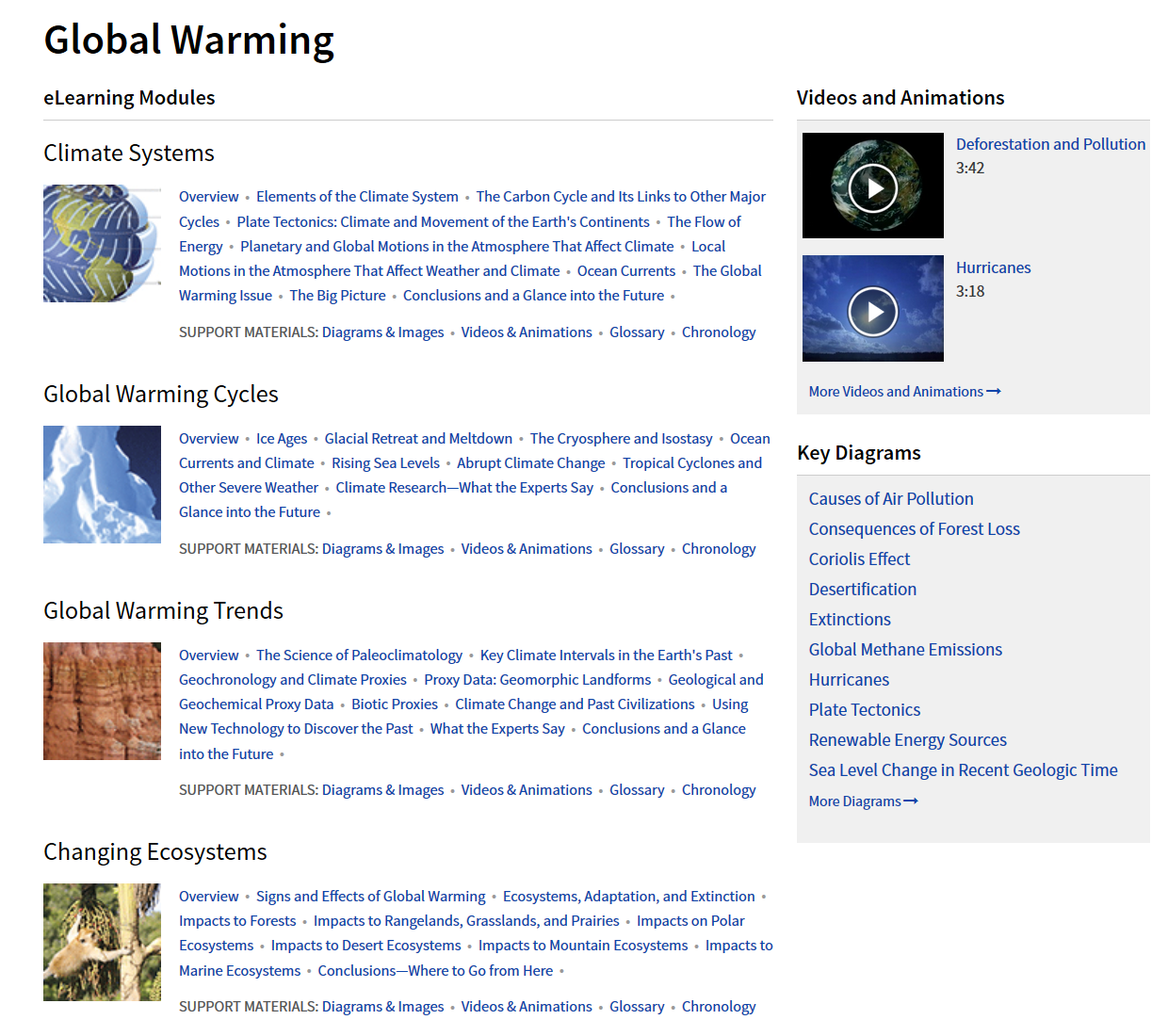