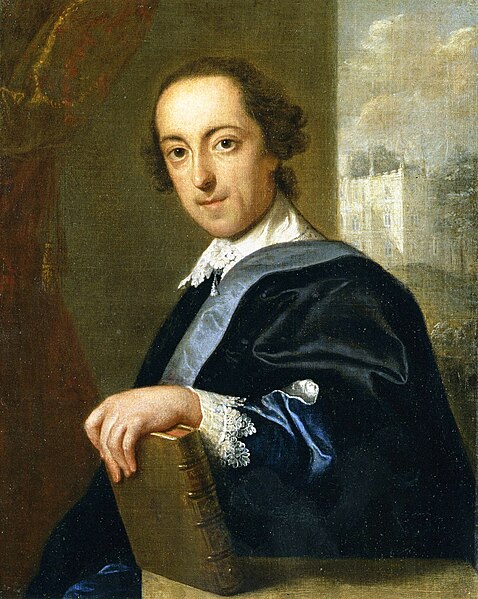 Walpole remains an intriguing figure in literary history. The youngest son of the prime minister, he enjoyed the privileges of an affluent life: preparation at Eton (1727–34), education at King’s College, Cambridge (1735–38), the Grand Tour (1739) with poet Thomas GRAY, member of Parliament (1741–68). Walpole’s intellectual life at university was highlighted by his formation of the Quadruple Alliance with Gray, Richard West, and Thomas Ashton.

It is a curiosity of the 18th c. that Walpole’s architecture and literature were clearly intertwined. In 1747, Walpole purchased a small Twickenham estate that he renamed Strawberry Hill. Here, he began his career as gardener and then, by 1750, architect. Walpole shocked even some of his contemporaries when he chose the Gothic style for his new home. This ornate style had, however, already begun to enjoy a resurgence in popularity among both preservationists and the ministry. As Walpole moved into Gothic architecture, he was about to immortalize himself as author of the first English GOTHIC NOVEL. When the first phase of Strawberry Hill was complete, the house became a tourist attraction well known for its towers, turrets, cloisters, long corridors, etc.

Walpole stated in the second preface to Castle of Otranto that he originally sought to meld the ancient with the modern in his 1765 ROMANCE. It was his wish to revive, in briefer form, the French romance and yet avoid using the commonplace in his fiction. What Walpole hybridized typifies the revolt against the rationalistic creed of Samuel RICHARDSON and Henry FIELDING and may well have begun the Romantic revival in England. Walpole’s knowledge of medieval architecture greatly enriched the terror he created in the romance. Underground passages, courtyards, long hallways, etc. added a nightmare maze to the stagecraft of the narrative. The tension in the Gothic is, more often than not, between past and present, with the novel opening in Naples in 1095 and running to ca. 1243. Strawberry Hill and Trinity College, Cambridge, are the inspiration for the architectural centerpiece in the novel.

To historians, Walpole remains linked to the creation and evolution of the English Gothic romance, to studies in art and architecture, and to epistolary writing. As an 18th-c. gentleman, he is a major exponent of the cultivated humanism that produced him.

From CREDO Walpole, Horace in from Continuum Encyclopedia of British Literature