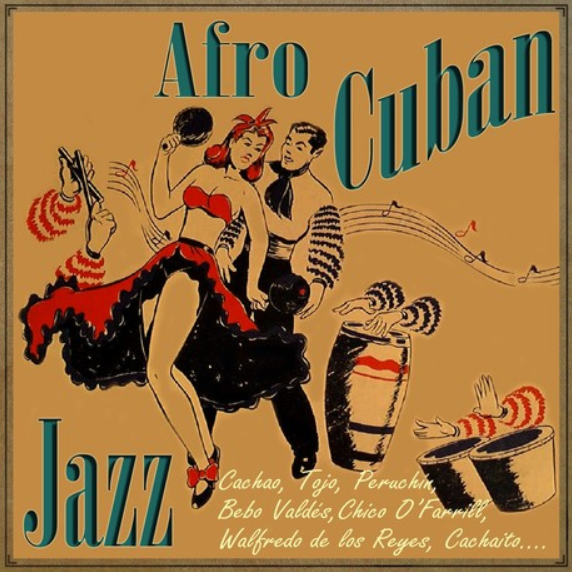 Latin jazz, also called Afro-Cuban jazz,  a style of music that blends rhythms and percussion instruments of Cuba and the Spanish Caribbean with jazz and its fusion of European and African musical elements.

Latin jazz was the result of a long process of interaction between American and Cuban music styles. In New Orleans around the turn of the 20th century, Latin American music influenced the city’s early jazz style, endowing it with a distinctive syncopated (accents shifted to weak beats) rhythmic character.

In the decades leading to 1940, Latin American melodies and dance rhythms made their way farther northward into the United States, while the sounds of American jazz spread through the Caribbean and Central and South America. Musicians and dancers across the entire region became familiar with both musical languages, and the large bands of the swing era expanded their repertory to include rumbas and congas, two types of Afro-Cuban dance music. Those developments laid the foundation for the fusion of jazz and Cuban music, a process inaugurated in 1940 in New York City with the establishment of the Machito and the Afro-Cubans orchestra, under the musical directorship of Cuban-born trumpeter Mario Bauzá. For many jazz critics, Bauzá’s tune “Tanga,” one of the Machito orchestra’s hits dating to the early 1940s, was the first true example of the music that is now known as Latin jazz.

The growth of Afro-Cuban jazz continued with vigour in the 1950s. In December 1950 producer Norman Granz recorded the successful Afro-Cuban Jazz Suite, which featured the Machito orchestra along with soloists Charlie Parker on alto saxophone, Buddy Rich on drums, Flip Phillips on tenor saxophone, and Harry (“Sweets”) Edison on trumpet, with arrangements by Arturo (“Chico”) O’Farrill. Musicians in Cuba, led by pianists Frank Emilio Flynn and Ramón (“Bebo”) Valdés, also kept in touch with and contributed to the development of this new style. Valdés’s “Con Poco Coco,” released in 1952, became the first spontaneously improvised Afro-Cuban jam session known to have been recorded.

In the 1960s a new musical style from Brazil—the syncopated, sparsely accompanied bossa nova (“new trend”)—arrived in the United States. Many established Latin jazz musicians added the bossa nova tunes of Antônio Carlos Jobim to their repertoire. (Although sometimes included under the rubric of Latin jazz, the fusion of Brazilian music with jazz properly deserves its own designation as Brazilian jazz.)

From the 1970s onward, the development of Latin jazz was characterized by the exploration of diverse national traditions and the bridging of musical borders. New generations of musicians expanded the Afro-Cuban foundation of the music by adding elements from other Latin American traditions. Latin jazz continued to gain popularity and critical acclaim, and by the early 21st century it had become one of the most dynamic and diverse components of the jazz world.

From Latin jazz in Encyclopædia Britannica