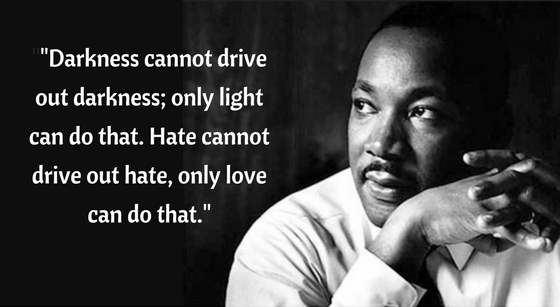 US civil-rights campaigner, black leader, and Baptist minister. He first came to national attention as leader of the Montgomery, Alabama, bus boycott of 1955–56, and was one of the organizers of the march of 200,000 people on Washington, DC in 1963 to demand racial equality, during which he delivered his famous ‘I have a dream’ speech. He was awarded the Nobel Prize for Peace in 1964 for his work as a civil-rights leader and an advocate of nonviolence.

In 1957 King founded the Southern Christian Leadership Conference, a civil-rights organization. A charismatic and moving speaker, he was the leading figure in the campaign for integration and equal rights for black Americans in the late 1950s and early 1960s. In the mid-1960s his moderate approach was criticized by black militants. He was the target of intensive investigation by the federal authorities, chiefly the FBI under J Edgar Hoover. King's nonviolent campaign to end segregation drew national attention in 1963, when police turned dogs and fire hoses on demonstrators, many of whom were children, in Birmingham, Alabama. King was jailed along with large numbers of his supporters. His ‘Letter from the Birmingham Jail’ eloquently expressed his philosophy of nonviolent direct action.

By the mid-1960s, King's actions and those of civil-rights activists across the nation had led to significant achievements in equal rights, notably the Civil Rights Act 1964 and the Voting Rights Act 1965. In the late 1960s King turned his attention to promoting economic opportunities for minorities and the disadvantaged, and to protesting against the Vietnam War. He was assassinated on 4 April 1968 in Memphis, Tennessee.

King's birthday (15 January) is observed on the third Monday in January as a national public holiday in the USA.

From CREDO King, Martin Luther, Jr in The Hutchinson Unabridged Encyclopedia with Atlas and Weather Guide