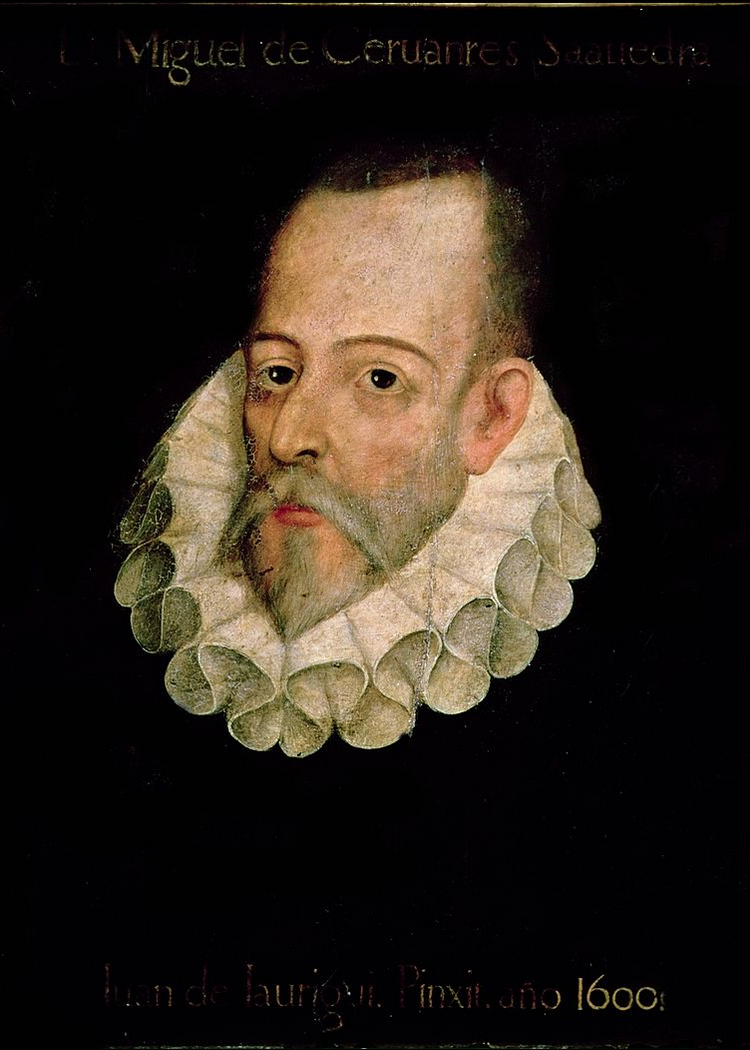 Spanish novelist, dramatist, and poet. His masterpiece Don Quixote de la Mancha (in full El ingenioso hidalgo Don Quixote de la Mancha) was published in 1605. In 1613 his Novelas ejemplares/Exemplary Novels appeared, followed by Viaje del Parnaso/The Voyage to Parnassus (1614). A spurious second part of Don Quixote prompted Cervantes to bring out his own second part in 1615, often considered superior to the first in construction and characterization.

Cervantes entered the army in Italy, and was wounded in the sea battle of Lepanto in 1571 against the Ottoman empire. On his way back to Spain in 1575, he was captured by Barbary pirates and taken to Algiers, where he became a slave until ransomed in 1580.

Returning to Spain, he wrote several plays, and in 1585 his pastoral romance La Galatea was printed. Don Quixote was an immediate success and was soon translated into English and French.

Cervantes was born in Alcalá de Henares, near Madrid. He was employed in Seville in 1587 provisioning the Armada. While working as a tax collector, he was imprisoned more than once for deficiencies in his accounts. Even after the publication of Don Quixote, he seems to have remained poor. In 1609 he became a member of one of the Franciscan orders. He did not live to see the publication of his last work, Los trabajos de Persiles y Sigismunda/The Trials and Peregrinations of Persiles and Sigismunda (1617).

From CREDO Cervantes, Saavedra, Miguel de in from The Hutchinson Unabridged Encyclopedia with Atlas and Weather Guide