Great for Geology 1404. Get the best resources for historical geology. 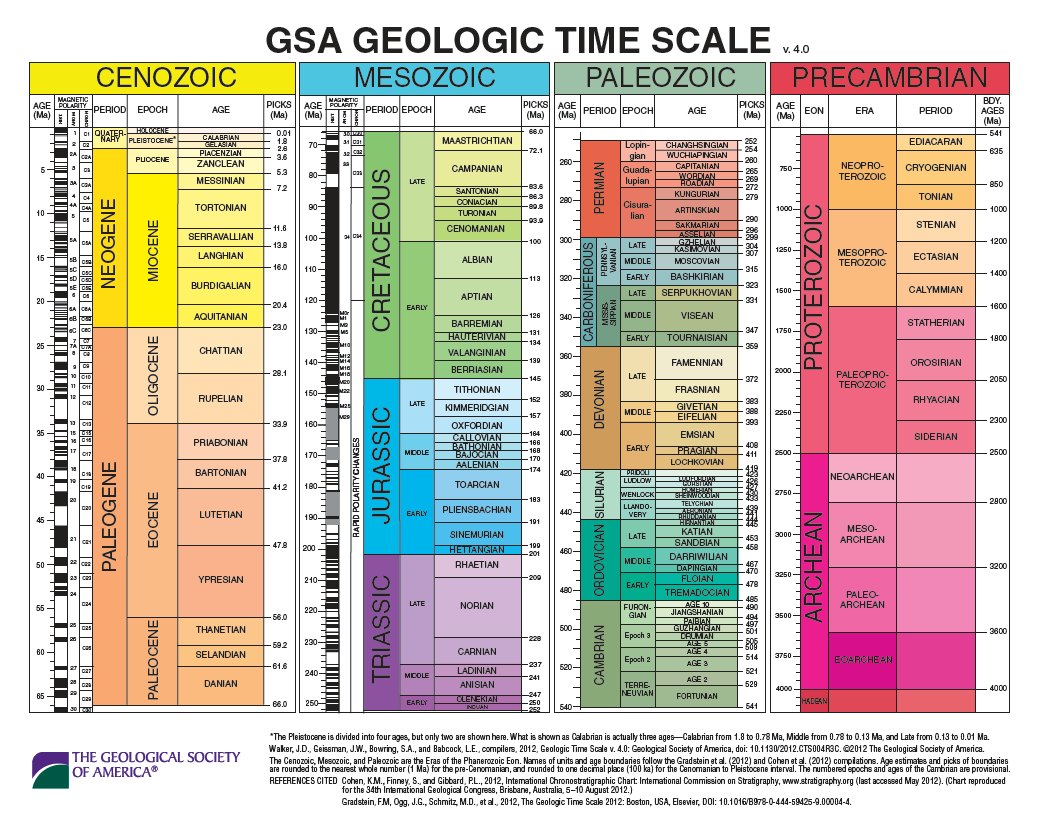 The geologic time scale is a chronological scale of earth's history used to measure the relative or absolute age of any part of geologic time. Of the numerous timescales, the most common is based on geologic time units, which divide time into eras, periods, and epochs.

Each division is based on a specific set of geological or paleontological conditions that make it different from the other divisions, such as varying rock type or fossils within the strata.

The largest unit is the eon; eons are subdivided into eras; eras into periods; and some, usually more recent periods, into epochs. In some timescales, epochs are further divided into ages. Each geologic time chart varies, depending on the latest findings dating rocks and fossils of that particular age, or on the country where the chart originated.

From CREDO geologic timescale in The Columbia Encyclopedia

Image from the Geology Society of America.