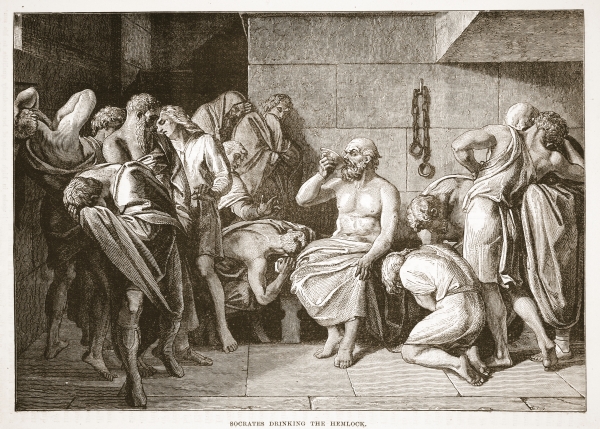 Study of the nature of reality, knowledge, ethics and existence by means of rational inquiry. Western philosophy began among the Greeks with the work of Thales of Miletus. Later pre-Socratic philosophers included Pythagoras, Empedocles, Anaxagoras, Parmenides, Heraclitus, Zeno of Elea and Democritus.

Greek philosophy reached its high point with Socrates, who laid the foundations of ethics; Plato, who developed a system of universal ideas; and Aristotle, who founded the study of logic. Zeno of Citium evolved the influential school of stoics, which contrasted with the system of Epicureanism, founded by Epicurus. A dominant school of the early Christian era was Neoplatonism, founded by Plotinus in the 3rd century ad. The influence of Aristotle and other Greeks pervaded the thought of Muslim philosophers, such as Avicenna and Averröes, and the Spanish-born Jew, Moses Maimonides.

In the work of scholastic philosophers, such as Abélard, Albertus Magnus, Saint Thomas Aquinas and William of Occam, philosophy became a branch of Christian theology.

Modern scientific philosophy began in the 17th century with the work of Descartes. His faith in mathematics was taken up by Leibniz. In England, Hobbes integrated his materialist world view with a social philosophy. In the 18th century, empiricism was developed by Berkeley and Hume.

The achievements of Kant in Germany and the French Encyclopedists were also grounded in science. In the 19th century, a number of diverging movements emerged, among them the classical idealism of Hegel, the dialectical materialism of Marx and Engels, the positivism of Comte, and the work of Kierkegaard and Nietzsche, which emphasized the freedom of the individual. In the 20th century, dominant philosophy movements included existentialism, logical positivism, phenomenology, and vitalism. See also aesthetics; Enlightenment; epistemology; logic; materialism; metaphysics; pragmatism; scholasticism; utilitarianism.

From CREDO philosophy in Philip's Encyclopedia