Get the best sources on the Texas Justice System. 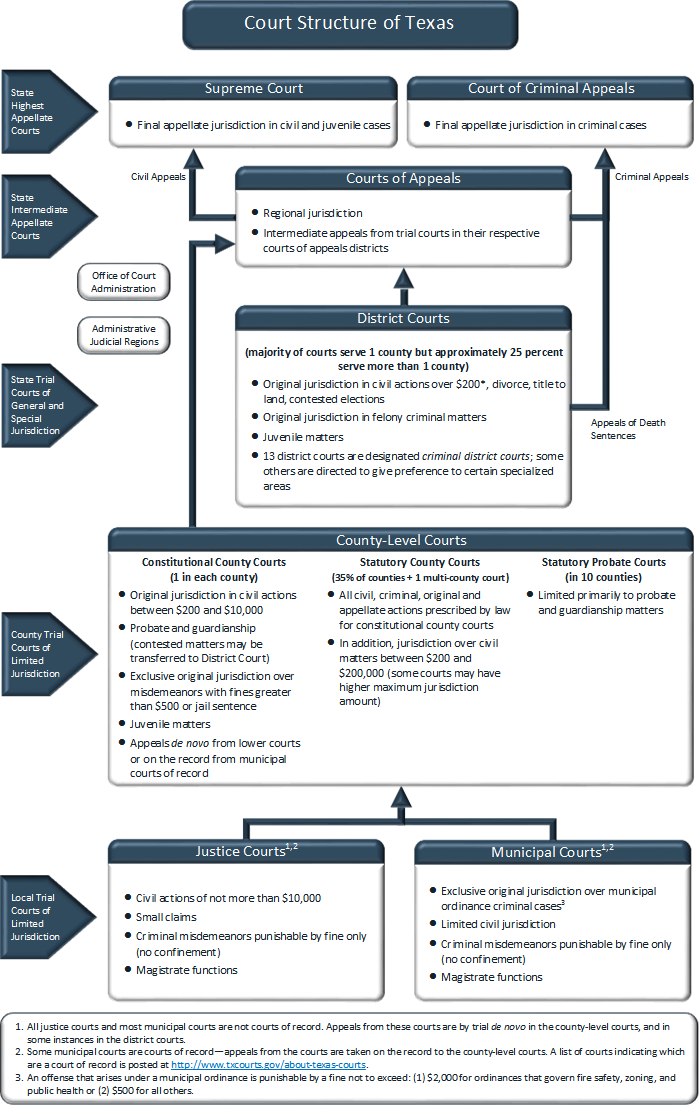 The Justices of the Supreme Court are elected to staggered six-year terms in state-wide elections. When a vacancy arises the Governor may appoint a Justice, subject to Senate confirmation, to serve out the remainder of an unexpired term until the next general election. All members of the Court must be at least 35 years of age, a citizen of Texas, licensed to practice law in Texas, and must have practiced law (or have been a lawyer and a judge of a court of record together) for at least ten years (see Texas Constitution, Art. 5, Sec. 2).

By statute the Court has administrative control over the State Bar of Texas. Tex. Gov't Code § 81.011. The Court is also the sole authority for licensing attorneys in Texas and appoints the members of the Board of Law Examiners which administers the Texas bar examination. Tex. Gov't Code §§ 82.00, 82.004.