Resources on careers and employment. 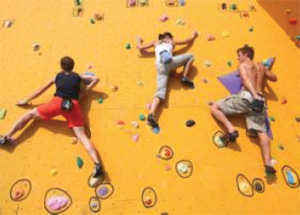 Careers may be viewed as the sequences of jobs performed by individuals in the course of their working lives. Careers may be structured into ordered sequences that relate to each other or unstructured; if structured, job sequences are frequently arranged as a hierarchy of increasing income and prestige.

The concept of career is most often applied in the study of occupations. Manual workers, particularly if unskilled, typically have unstructured Careers marked by job movement of an apparently haphazard nature, though older workers have greater job stability. Skilled workers exhibit more structured patterns. In both cases, peak earnings are usually reached by the early thirties and thereafter may decline, and careers provide little advancement through an income/social prestige hierarchy. Large firms in Japan have developed seniority-based pay and promotion ladders, though these rarely lead into higher-level occupations such as management. In general, non-manual employees, especially men, are more likely to have structured careers. Women non-manual employees who are not in professional or managerial jobs tend to have relatively unstructured careers.

Occupationally based careers are found among professionals and semi-professionals, where individuals may shift between employers but their career progression is stable and predictable. Professions are to a large extent self-regulating and their associations protect as far as possible the earnings, status and careers of members. Organizationally based careers have in the past provided managers with structured career routes within the enterprise, but these appear to be much less guaranteed now than they were before, and managers often have to move between firms if they are to gain promotion. There is also more job insecurity for managers now. Non-manual employees above the level of routine white-collar work typically enjoy rising wages throughout most of their working lives and upwards intragenerational social mobility.

College of the Mainland Career Services can help you with: