Great for History 1302. Get the best books, eBooks, articles, Internet resources and media on American History 1945-1972.

Focus on the Space Race 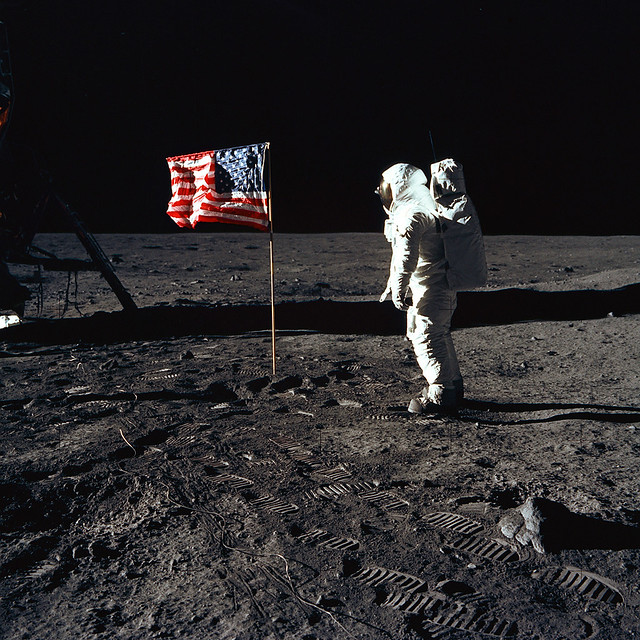 The 1950s witnessed the birth of the modern era of space exploration. A milestone in this process was the inauguration of the National Aeronautics and Space Administration (nasa) on October 1, 1958, as the successor to the National Advisory Committee for Aeronautics. The latter, founded in 1915, had played a key role in the development of the nation's aeronautical industry through research and related activities. The new agency had a similar mandate and was also delegated the task of overseeing the civilian space program.

It was born in the midst of a space race between the United States and the Soviet Union. Russia had become the first nation to successfully launch an artificial satellite, Sputnik 1, on October 4, 1957, and the United States followed with Explorer 1 in January 1958. Russia soon reached another plateau in its program and initiated the era of manned space flight on April 12, 1961, when Yuri Gagarin became the first human in space during a one-orbit mission.

The U.S. manned program, at that time, centered about Project Mercury and its seven astronauts. On May 5, 1961, Alan Shepard became the first American in space during a fifteen-minute suborbital flight, and John Glenn made the first orbital flight nine months later.

While the six manned Mercury missions provided nasa with invaluable experience, Project Gemini, its successor, was a bridge to the upcoming lunar program. On May 25, 1961, President John F. Kennedy committed the nation to landing an astronaut on the moon before the end of the decade. The manned Gemini missions, which were initiated in March 1965, played an important role in this endeavor. Program highlights included the first U.S. space walks, docking maneuvers in space, and flights of longer duration. Gemini 12, the final mission, was completed in November 1966.

The nation's focus on the Vietnam War and other social and political questions similarly had an impact upon the Apollo program in that the number of missions was curtailed. The space race also helped dictate the program's overall profile. Although the primary objective of landing the first astronaut on the moon was achieved, the program did not, to the bitter disappointment of many, directly lead to the establishment of a permanent lunar base.

From CREDO SPACE PROGRAM in The Reader's Companion to American History
Image: Buzz Aldrin and the U.S. Flag on the Moon, 1969, NASA