Get the best resources for Chemistry. 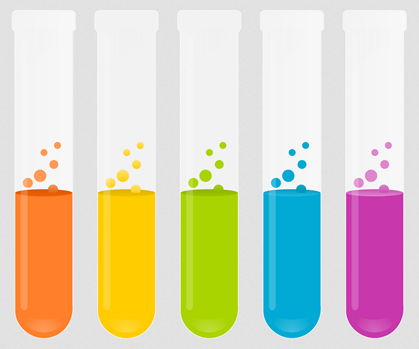 Physical chemistry is concerned with the physical properties of materials, such as their electrical and magnetic behavior and their interaction with electromagnetic fields. Subcategories within physical chemistry are thermochemistry, electrochemistry, and chemical kinetics. Thermochemistry is the investigation of the changes in energy and entropy that occur during chemical reactions and phase transformations (see states of matter). Electrochemistry concerns the effects of electricity on chemical changes and interconversions of electric and chemical energy such as that in a voltaic cell. Chemical kinetics is concerned with the details of chemical reactions and of how equilibrium is reached between the products and reactants.

Analytical chemistry is a collection of techniques that allows exact laboratory determination of the composition of a given sample of material. In qualitative analysis all the atoms and molecules present are identified, with particular attention to trace elements. In quantitative analysis the exact weight of each constituent is obtained as well. Stoichiometry is the branch of chemistry concerned with the weights of the chemicals participating in chemical reactions. See also chemical analysis.

From CREDO chemistry in The Columbia Encyclopedia