Great for Psychology 2306. This guide has books, eBooks, articles, media, and internet resources. 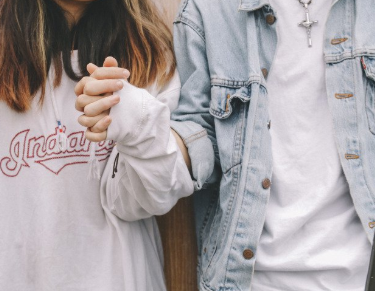 Sexual behavior is behavior that produces sexual arousal and increases the chance of orgasm (Hyde and DeLamater 2003). Sexuality refers to sexual behavior, and the thoughts and feelings the person has in relation to that behavior. Every society controls the sexuality of its members, by embedding it in the institutions of family, religion, and law. The core social arrangement within the institution of the family is the marital relationship. The right to engage in sexual activity is a defining characteristic of marriage in all cultures; at the same time, marriage limits sexuality, separating the couple from all other sexually active adults in the society (Potts and Short 1999).

Contemporary analyses of sexuality emphasize that sexuality is not merely a biological phenomenon whose character is the same across time and space; it is also a cultural construct (DeLamater and Hyde 1998). Who engages in sexual behavior with whom and under what circumstances reflect cultural norms and values; even the behaviors in which partners engage reflect social and cultural influence (Gagnon and Simon 1973). The meaning of sexuality in contemporary society is situated "in a dense network of interrelated categories, including the body, maleness and femaleness, reproduction, sensuality, health, selfhood and so on" (Seidman 1991, p. 3).

Certain constructions are found in most or all societies. "Even in the face of great international diversity, … rules for sexual behavior often are found to be rigidly defined, strictly enforced, and ultimately used to uphold heteronormative family relations" (Nagel 2000, p. 114). In other words, sexuality is hetero, marital, and oriented toward reproduction.

Despite this normative framework, there is variation. Sexuality varies in its specifics by culture, by race/ethnicity, and by subgroups (e.g., religions) within society. Within each group, there is a perspective on sexuality. Michel Foucault (1978) refers to a way of thinking and talking about sex as a discourse. The discourse gives meaning to sexual behavior and relationships, and is the basis of norms that are policed by group members. The meaning of sexuality for particular persons reflects the discourses with which they have come in contact.

from CREDO SEXUALITY from International Encyclopedia of Marriage and Family